Myya’s Story: A Miami Entrepreneur Revisits The Impact Of Getting Shot At 16 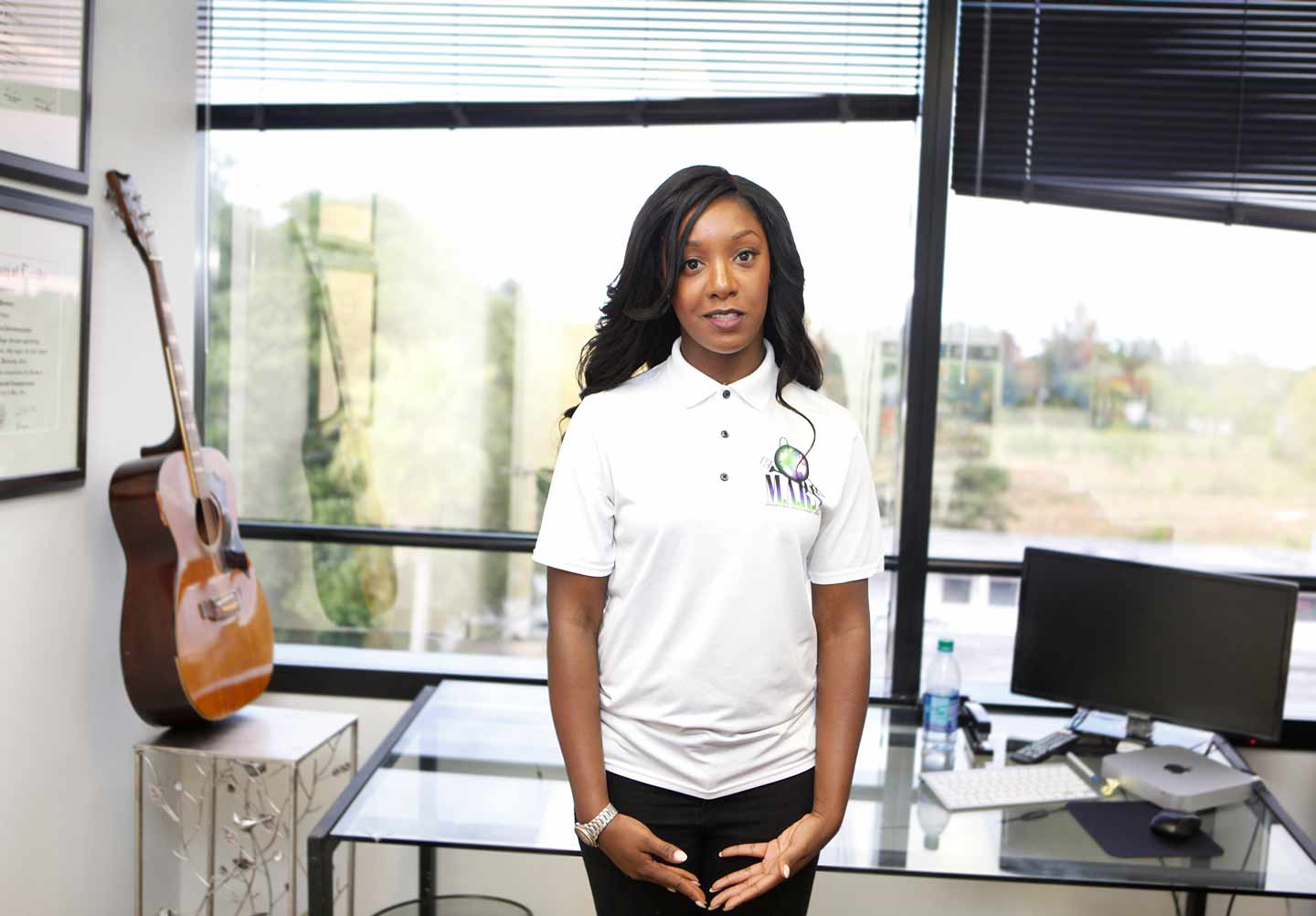 Myya Passmore , a Miami entrepreneur and CEO of M.A.R.S. Marketing firm, was 16 when she was shot in the chest. | Photo: Marsha Halper

Listen To Myya’s Story: A Miami Entrepreneur Revisits The Impact Of Getting Shot At 16

Myya Passmore rarely talks about the time she got shot in the chest when she was 16.

At 30 years old she owns her own marketing firm and recently started selling commercial real estate.

But sometimes it comes up. If she’s wearing a two-piece bathing suit or a sports bra while working out, “You’ll see my scar and it normally prompts that, 'What happened to you?'"

It was a school day and Passmore was sleeping in her bedroom when an intruder broke in. The man she had never seen before had a gun and he told her to take off her pants.

“I just kind of said a little silent prayer to myself like, you know if this is it I’m going out with a fight,” she said.

Passmore would end up wrestling with the man. He pistol whipped her in the head, detaching part of her eyebrow and he shot her in the chest.

During the commotion Passmore’s mom and brother came running out of their rooms, the man escaped.

She said her family members were always by her side to provide unwavering support. And at 16, her high school classmates added much needed levity when she was surrounded by machines.

“They were my entertainment, my energy, my laughter,” Passmore recalled.

Arlan Augustin was one of Passmore’s classmates and remains one of her closest friends.

“I made it my duty to go see her every day after school,” he said.

It took Passmore about two months of recovery before she could return to school. During that time period Augustin said the classes he shared with his good friend just weren’t the same in her absence.

“It definitely did affect me like, ‘Man, I wonder what’s Myya doing? What would Myya be doing if she was in class today?'" he said. 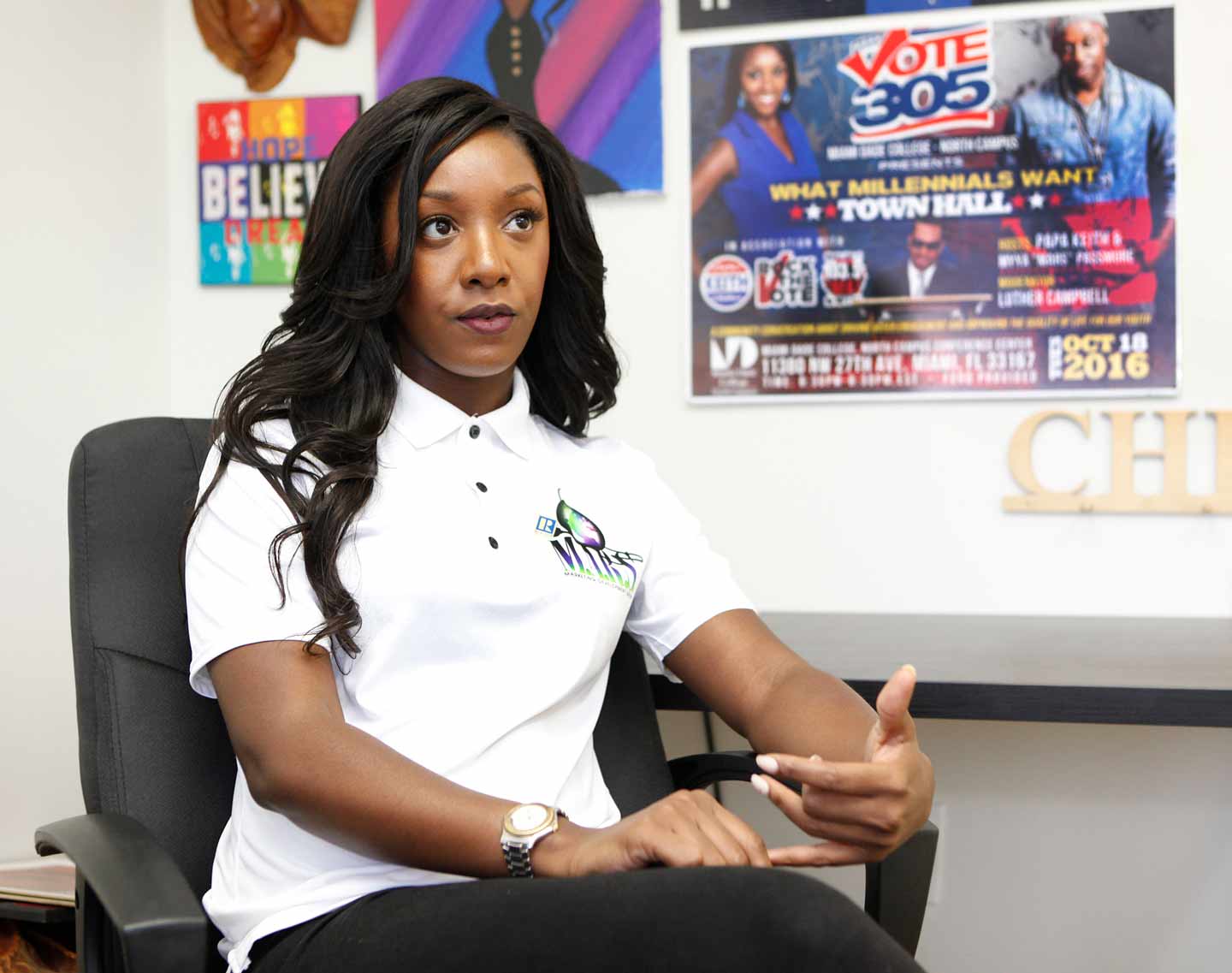 Before she was shot, Passmore was a confident teen. She said she was never really self-conscious about how she looked. She loved to experiment with fashion.

But after she was shot, it was one of the things Passmore said she was most apprehensive about when it was time to go back to school.

“I couldn't walk fully straight up right away, I had a scar above my eyebrow from my stitches—I didn’t want to look like what I had gone through,” she said.

Passmore said some of her teachers had classmates write get-well cards for her. She got to use the school elevator for a a few days, but other than that, “It was never like a formal support system,” she said.

Steve Gallon, now a Miami-Dade School Board member, was Passmore’s principal at Miami Northwestern at the time.

Gallon doesn’t remember all the details from when Passmore was shot. He said during his tenure as a school administrator, more than a dozen of his students have been shot, not all survived.

The school district has a crisis intervention team to respond to traumatic events and provide emotional support to students, but Gallon said he hardly ever called them to his school because he didn’t find them to be effective.

Passmore said she found her own ways to cope.

She never returned to her home where she was shot for the rest of her high school year. She stayed with family members until she graduated.

“I just didn't want to relive that moment yet,” she said. “I would have had to reprocess what took place and where I was standing. You know where my bed was, how the light was in my room.”

She briefly saw a therapist, who she says tried to hypnotize her. It didn’t work. Instead, she spent a lot of time reflecting on her faith.

“My fight was mental,” Passmore said. “I prayed a lot. I talked to God a lot,” and she added music was her therapy.

At school, Augustin said his close friend looked strong, but he could tell there were days when she wasn’t OK.

“I would see her looking you know a little sad or a little down.” he said. “That whole idea of being safe was violated...To her that didn't exist anymore.”

Passmore acknowledges she appeared to balance it all well, but now looking back, she wishes there was someone at school to tell her she didn’t have to be strong all the time.

“If a kid goes through this this is how we we integrate them back into the school system,” she said, “Allow them to just say, ‘I feel like this today. I really can't process math right now and it’s OK.'"