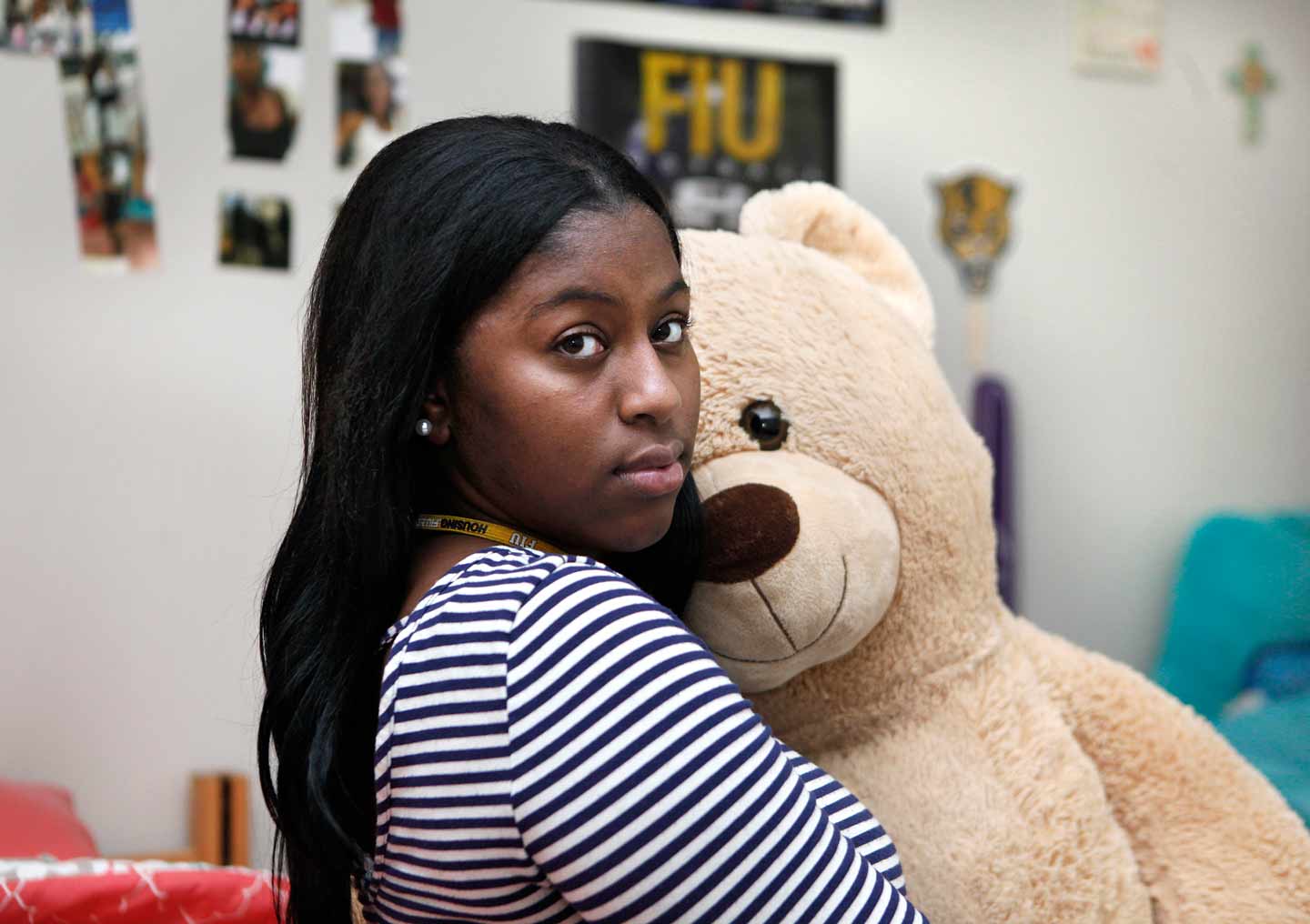 Lakayla Lymus,19, lost four of her teenage friends to gun violence during her last two years of high school. Now a freshman at Florida International University, she said losing her friends left her emotionally "messed up." | Photo: Marsha Halper

During Lakayla Lymus’s last two years at Miami Northwestern Senior High School, four of her friends were shot and killed--all in separate incidents outside of school.

Below is an excerpt of what Lymus, now 19 years old and a freshman at Florida International University, shared about surviving those losses and how she wishes she’d handled them:

"My first death that I experienced was in the 11th grade. His name was Lamont and he was 18 at the time.

He was riding on a bike and they killed him right off his bike. It was crazy how I found out. I was in class in early childhood education. I’ll never forget.

We were on break and I was scrolling on social media and everybody was like, “Rest in peace to Lamont.”

I couldn’t even focus. All I could think about was crying.

Kenny was 19. Him and a guy got into an altercation and the guy lost the fight and then came back and retaliated.

Another neighborhood childhood friend: His name was Cedric Rolle. He was approximately 16, I believe.

My sister was around the neighborhood at the time and I think I was at school or something like that. She was like she heard a commotion. She heard shots and she didn’t think anything of it, to be honest.

That’s pretty much the norm. You just know when you hear shots, don’t go to it. Just duck and lay low.

She said when she walked outside, when the shots were done, Cedric [was] on the floor...she said there was just blood coming. Just lots and lots of blood leaving his body.

He had just got into high school and I used to see him around [Miami] Northwestern and he would just smile at me. And I would just laugh.

And meanwhile, I’m trying to focus in school. I’m trying to make sure my grades stay good. People will never know what you go through, but I played it well. I smiled. I acted like nothing was wrong with me.

I feel like, I wish somebody in my life would have pushed me to go really talk about it because the way I was dealing with was literally tearing me apart.

I've lost so many people and it's just like I have a fear of getting close to people—mostly men or young boys. I just can't see myself getting close with them anymore.

I just feel like any person that I'm near is just going to get taken away from me. So I try to keep my distance. It's just fear that any moment they could be taken.

People just don’t understand. The people who’s left behind really get messed up. Emotionally. Mentally. If you try to think about it every day, you’re gonna drive yourself insane.

You know, they say it gets better with time.

I mean, you still think about it every day. You don’t process it. You just still have a thought back in your head like, “No, they’re going to come back tomorrow. They’re going to be here.”

I would just be in my room alone. I would lock the door. I talk to my friends, the ones who passed, I would just speak to them knowing that they can’t speak back to me, but as long as they hear that I love them. They were loved here.